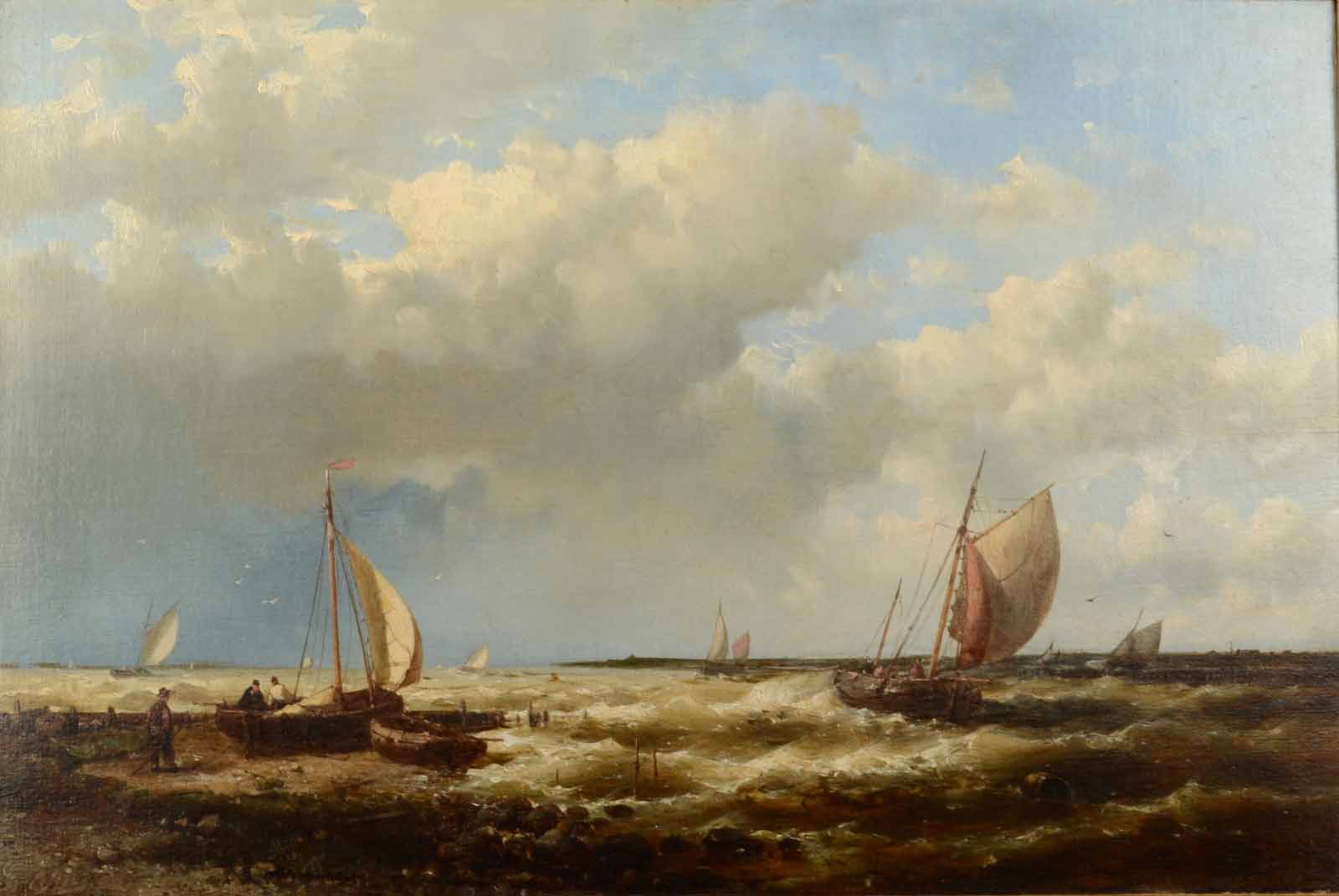 Hulk was born in London, the son of the merchant Hendrik Hulk and Mary Burroughs. He trained as a portrait painter under Jean Augustin Daiwaille (1786–1850) before continuing his artistic education at the Rijksacademie in Amsterdam.

During 1833 and 1834 he travelled to America, visiting New York and Boston, and exhibiting in the latter city. In 1834 he returned to Amsterdam, where he lived until 1855, when he relocated to Nijkerk, later moving to Enkhuizen, then to Haarlem, back to Amsterdam, then to Oosterbeek, before returning to Amsterdam once more. In 1870 he settled in England, where he spent the rest of his life.[1] He became well-known because he seemed to have the ability to paint the sea and its ships in such a different way for which he became one of the great marine painters. Some of his portraits have survived. His work was exhibited in the Royal Academy in London from 1876 to 1890 where he entered three paintings of which two were Dutch seascapes. He also exhibited at the Suffolk Street Galleries in London and in Leeuwarden and The Hague in the Netherlands from 1843 to 1868.